Steven J. Wolfe is a seasoned film producer and president of Sneak Preview Entertainment, the Production and Talent Management Company he founded 25 years ago, where he continues to develop and package new projects.

With an eclectic list of films under his belt, Wolfe gravitates towards stories that examine the human condition, often in a less than conventional manner. He has produced a diverse range of films throughout his career including Fox Searchlight’s Golden Globe® “Best Picture” nominee and sleeper hit, 500 DAYS OF SUMMER, (starring Zooey Deschanel and Joseph Gordon-Levitt); Searchlight’s, OUR FAMILY WEDDING (with Forest Whitaker and America Ferrara), David E. Talbert’s BAGGAGE CLAIM and Mo’Nique starrer, PHAT GIRLZ (both for Searchlight); A DENNIS THE MENACE CHRISTMAS for Warner Premiere; Sony Classic’s, TWIN FALLS IDAHO, (the debut feature of the Polish Brothers ) and the multi-award winning Sundance Film Festival hit, RELAX, IT’S JUST SEX! (with Jennifer Tilly, Lori Petty and Mitchell Anderson).

Wolfe recently produced the MGM musical, VALLEY GIRL (a reimagining of the 1983 indie classic) as well as acclaimed writer-director Alan Rudolph’s, RAY MEETS HELEN, and re-teamed with Nnegest Likke for her multi award winning, EVERYTHING BUT A MAN. He is currently in post-production with SALLYWOOD and prepping DRUNK BUS, both indie comedies.

He is a member of the Producer’s Guild of America, Director’s Guild of America, Film Independent and the Los Angeles Conservancy. Mr. Wolfe served as President of the Whitley Heights Civic Association for multiple years. He is also CFO and a board member of NewFilmmakers LA, a non-profit 501(c) 3 dedicated to showcasing innovative works by diverse emerging filmmakers from around the world. 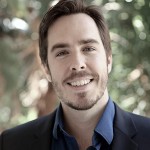 He began his career in documentary television, working on shows for Discovery, National Geographic, The History Channel and Animal Planet. He gradually transitioned into feature films after producing and directing numerous doc-style television and new media series. He produced in-house for Comedy Central prior to joining Sneak Preview, making comedy sketches for their digital platforms, and working on network tent-poles such as “Comedy Central’s Roast of Rob Lowe”. Additionally, Tyler Executive Produced the feature film “FML”, Co-Produced the feature film “The Bitter Buddha”, and most recently, Co-Produced “Valley Girl” while working at Sneak Preview Entertainment.

Gints Krastins joined Sneak Preview Entertainment as a Production Accountant in 2004 upon receiving his MBA degree in Finance from Concordia University Wisconsin.

He was quickly promoted to the position of Director of Finance Administration in 2007. In addition to handling and overseeing the company’s multiple subsidiaries and corporate accounting procedures, he also functions as the Auditor and Head Accountant on all of Sneak Preview’s feature film projects; staffing, and overseeing all the company’s financial interests and cost analysis for studios, investors and completion bonds involved in the various projects. Gints is also skilled in accounting and reporting for projects with domestic and international tax incentives. His film credits at the company include: 500 DAYS OF SUMMER, VALLEY GIRL, SALLYWOOD, RAY MEETS HELEN, EVERYTHING BUT A MAN, BAGGAGE CLAIM, OUR FAMILY WEDDING, MISS MARCH, PHAT GIRLZ, A DENNIS THE MENACE CHRISTMAS, THE SECRET LIVES OF DORKS and BEAUTIFUL LOSER. In addition, he has served as lead production accountant on such feature films as I’LL SEE YOU IN MY DREAMS, SOMEONE MARRY BARRY, ALIEN ABDUCTION and HELLO, MY NAME IS DORIS.
Originally from Latvia, he speaks Latvian, English and Russian.